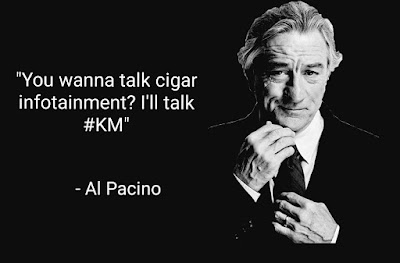 NOTES: Condensed notes on a broad flavorscape. I'll 'splain, Ricky, I'll 'splain. Overtones of milk chocolate, citrus malt. clarified butter, white peppercorn w/ pale ginger accompaniment. Undertones are dappled sunlight peeks of cedar, clay earthiness, blonde roasted coffee beans -- all through (or within) a big 'baccy front (or core). Quite complex, and lively-so, but the interesting bits come via the nuance of a singular sweet cream note which fleshes out the entire profile.

Flawless in terms of performance. Burns on an even-line at a languid pace. Excellent smoke out-put mainly actively but also passively. [Can we talk room-note? Sweet citrus and cedar, muskily-so. Really a great aroma.] Playing to that point somewhat and outside its brackets -- RETROHALE & thank me later. Draw is smooth and cool and at once effortless tho too not too open. 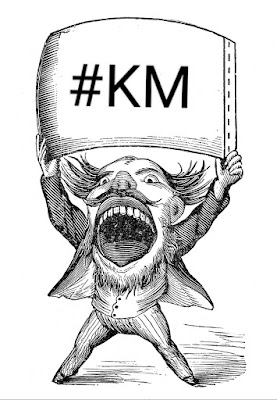 "It was early 2015 that Illusione released their anticipated followup to 2008’s ~eccj~ cigar—dubbed the ~eccj~ 20th. And as with most Illusione releases, you’ll need to do a little digging to find the meaning behind their mystery-shrouded concepts. For ~eccj~, it’s not as “Illuminati-esque” as their usual forte, but it still requires a quick overview.

"The original ~eccj~ was made to commemorate the European Cigar Cult Journal’s (there’s your acronym) 15th anniversary. And while the “journal” now simply goes by “Cigar Journal”, the new ~eccj~ 20th keeps the old title. Yes, it appears the cigar missed the actual 20th anniversary by a couple of years, but it’s the thought that counts… And I think we can all agree, a better product trumps a timely release.

"~eccj~ was such a popular release, Illusione later converted the cigar to a regular production, under the name Epernay. For the 20th anniversary blend, brand owner Dion Giolito has tweaked the original blend, making for what many describe as “An amped-up Epernay.”" - www.CigarDojo.com

Illusione is a sponsor of KAPLOWITZ MEDIA. 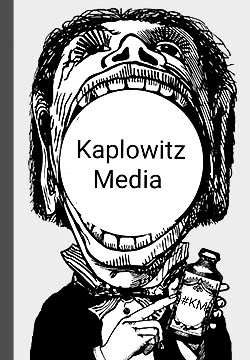