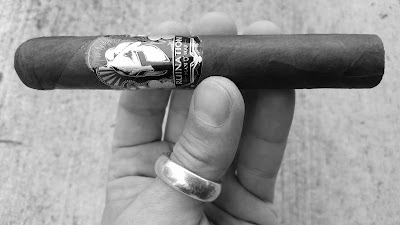 
ITS ACCOMPANYING LIBATION
(as this is not a review, per se)
Cup of coffee (upon saucer, natch)
Starbucks Pike Place
Pour-over brew method
Pack of Stevia (Albertsons house brand)

NYQUIST TO FORE-GO BELMONT
I've stated before, gentlepersons, my confusion as to wherest direct my ire -- toward Exaggerator for dropping the Derby, or Nyquist for dropping his Preakness bid ball. It just don't sit well. Neither too, did an accidental retro-hale whilst lighting up this Man O' War Ruination via AJ Fernandez. Such a zetz, epis! Nose hairs grow back though and quick at my age, and we soldier on.

Does Exaggerator soldier on as well, and pick up two of three Triple Crown jewels? As we know by know, via not living under a rock as well as via reading the headline above, Nyquist will not be making the trip to the Big Apple. I can honestly say, after watching the first two Jewels, that Nyquist being there or not, spiking a fever or not, would do little to impart much on Exaggerator's Belmontian experience. I simply do not believe the pony whom was falling back to a surging Derby Exaggerator at nigh wire and dying in the Preakness stretch-top -- would even be there at the top of Belmont's excruciatingly long stretch. Recall, gentlepersons, when I doubted Exaggerator a proper Nyquist nemesis, I deemed that stretch a more than suitable one.

I'm now thinking my high hopes of Nyquist were the stuffs of dreams. What then of Exaggerator at three of three at three? He's bound to be favored by many; myself amongst them... but looking deeper a name doth appear and with no small legacy. Read on, gentlepersons...

Worthy of note is this Ruination offering seems to have more veins that its prior example (again, a link to my previous and full write-up is above in the profile.) Thickly packed yet Smooth O' Draw with BIG notes of dark rich chocolate and thick espresso. There was some softening of pack against the match, but already at 1/2" in, we are re-firming. Dead even burn. Oak-cum-wine cask, peppers, black bread, dripping red/purple fruits, topsoil, barn, poopy. Room-note is far kinder and just as full as is draw. Strength has yet to tuchus me, but it will.

ON AFLEET ALEX
The year was 2005. Gas prices were through the roof, Dennis Rader was brung to justice at long last, Michael Jackson wasn't, and Terri Shiavo's sad situation made us all take a big think. In that year's Triple Crown, the Timothy Ritchey trained and Jeremy Rose ridden Afleet Alex reigned vastly supreme in a manner well on Exaggerator's table.

As one of the Derby's favorites, he finished third under a blanket. Later, Mr. Rose admitted to not having been his best performance. Better steerings came in Alex's Preakness two weeks later wherein he and the Derby's win horse, Giacomo flipped finishes. Then, in Belmont, Afleet sure was that, winning by some seven lengths and running the fastest final quarter there since 1969.

Yes, that is all well on the table and mayhaps even in the cards for Exaggerator. I suppose then, screws to ya, Nyquist -- in an answer to whom gets my ire.

The black bread is sweetened by fruit to the point of almost every one's favorite doorstop, Fruitcake. It's a doughier go than the previous offering, if memory serves. Spices and peppers dial back to meet a toasty creaminess. Leather note muscles in and smoothly stays aboard. Red peppers are on a heady retro-hale. Espresso and chocolate, heavy on the palate. Sweet hardwood finish is neat-O. Strength is not menacing as of yet, and I'm a bit pleasantly surprised... it's allowing me a clearer look at flavor nuances. - Full profile; medium strength. More humi-time, perhaps, is to thank.

SUDDENBREAKINGNEWS TO COME
There is another potential connection of a link in the upcoming Belmont. Fifth-place Derby finisher, Suddenbreakingnews, whom forewent a Preakness go, is slated to run the Belmont Stakes. This gelding has the distance and it comes, 'natch, from his pedigree. In his pedigree, interestingly enough and herein the connection, is one Afleet Alex (Sbn's Mommy's daddy). Funny how this all works, huh gentlepersons?

He will push Exaggerator, I feel -- and might even win Belmont, if he runs a career-best. His chances are good 'nuff to bet on. As always, humsoever, don't bet the dough dough. Never go in hard on a pugilist being perfect, nor a career-run.

A clump of ash doth clump as I check on my roses. Smoke is smooth, cool. Black bread, leather, and compost lead. The compost has a slight tang. Espresso gets a caramelized sugar note leading to a Cuban coffee delivery. Fruits seep. A much more pleasant experience than prior, here. Chocolate has a tick of waxiness and mouth-feel maybe errs toward dry, I sip. Oils join a thinning cream. Salts is on my lips, roasted. I detect a separate Full City coffee bean on the finish, a tick sharply so. At the band, I get a wave of strength and... and... thanks for reading, gentlepersons. I think I'm done typing. Big smoky out-put. 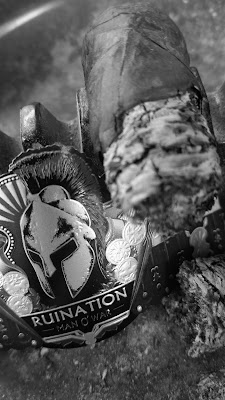 Thanks to all, as always and ever, for the loan of yer eyes.


EDITOR'S NOTE
5/27/16
Listening to The Matt Bernier Show just now. Apparently, Suddebreakingnews has just been reported as NOT being a gelding. He's a full horse with a tandem of undescended testicles. Some folks feel that matters. I'm sure Sbn is amongst 'em.