Notes on Notes "Broad Across the Tongue" 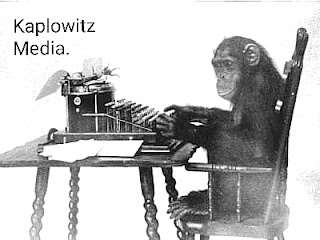 What is meant by my noting an offering as laying "broad across the tongue?" Simply, as I'll soon make far more complicated via a doomed-to-fail search for clarity, it means to say a flavor/body sensation that is delivered dull. Flat. Linear. Often sans focus entirely, always lacing that. & notes should have focus. & any mention of body should include flavor.

That said, in and of itself, this "broad across the tongue" phenomenon is not a bad thing. However, it can be bad, outside of those times when simple blankie cozy comfort sedation isn't the primary goal. This, essentially, makes for offerings of the comfort food genre. mashed potatoes, grits, peanut butter, bubur ayam. Sick people's food. British cuisine sans their odd imperialistic curry fascination.

What then is the opposite experience? Sharp peaks? No. Complexity. Delineation. Nuance. Those three words are the interwoven topic of a future Notes on Notes, so we'll not delve much further here. Just for the record -- nuance can, in fact, be found in a thing laying "broad across the tongue." Just not complexities, & definitely not delineations. Nuance is the simplest of the trio, gained by a mere piling on of notes... even a singular one... until palate-entrenched deeply 'nuff to be seen from varying angles.

How then does an offering avoid being smokeable hospital food pureed mush? Bracing. Bracing is found in hard/dry notes such as woods, nuts, coffee beans. Think of bracing as hoisting a floor that keeps the other notes in a profile from continually dripping downward from primaries to secondaries, to the underbelly. Bitter, typically, but not overly & kept in balance. Balance comes courtesy of accompanying notes... spicy/savory, sour/sweet, for example(s).

These bracings can also be seen less overtly-so running vertically through profiles (I often refer to this as "backing." Although to be fair I use the terms interchangeably at times), and this is where delineations are made & secured. Typically, in the horizontal bracings, look for more toasted-roasted additions; as these notes need rather strong backbones. Transversely, the vertical varietal tends to be raw. Not "green," raw. There are, in all notes: green > raw > toasted > roasted > charred. Fine descriptors, these. Personally, if I don't describe in-depth, think raw+ or -toasted as default. Or, I simply forgot. Whoopsie?

Finally, the best way to find out why an offering is neither flat nor dull is to first find it not to be. Then look to the aforementioned helpful & uncluttered hints as to why. Then, find ways to relate your findings. To begin & ie: the chocolate | coffee flavors were prevented from mocha melange boredom via a lightly toasted cedar bracing (a fuller profile). Or, a white pepper backing separated earthen herbaceousness & bright citrus lilts (a more mellow offering). Then, if I may be so bold, think of taking a walk to clear your head. Perhaps practice talking to girls, if that's your particular orientation.

For an index of these "Notes on Notes" entries, go HERE.

If you don't appreciate this "Notes on Notes" series, please blame its sponsor, the Dapper Cigar Co. You can contact them at dappercigars.com 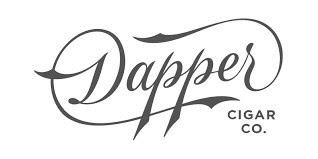