July 25th 1990: George Brett hits for the cycle in a KC Royals’ 6-1 victory over the Blue Jays in Toronto. This marked the second time he done-so, the first coming against Baltimore O's 11 years earlier in 1979. 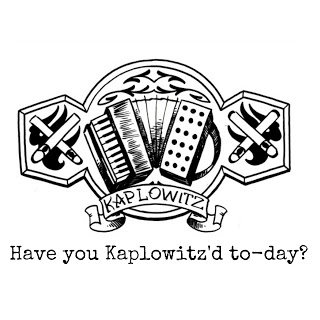 
PERFORMANCE NOTES:
Construction/combustion almost completely sans woe. There's a lotta 'baccy in this Joya Black, gentlepersons. Makes for a long smoke-time off an excellent pacing. Draw is a medium+ tension, so if you like 'em more open, ya might kvetch a tick there. Smoke doth heat up a tick as the band looms nigh.

THUNKS:
I understand that many a blender blends to the Robusto size these days, as to yore whenst the Corona format was widely employed. I don't like it, but I understand. That stated, this Robusto showed a bit of what I'd hoped previous vitolas* woulda... in an almost 'nuff manner.

I still find this Joya Black to be too sinewy for my liking, with powerful notes lacking in roundness. I have too, a Toro looking size which I shall stash at the bottom of my humidor (which is too close for comfort to the top of my humidor) for a rainy day in some aging from now. Perchance 'tis a blend put out young.

IN ADDITION:
Before lighting-up this cigar, I called Eugene Emeralds to get tickets to tomorrow's game against the Salem-Keiser Volcanoes. It's Snack Trays birthday and we're gonna party General Admission style. We all know the cool kids prefer bleacher seating. As doth my velcro wallet.

Now, the Shea Stadium bleachers were something. At least in the early 1980s whenst last I had my tuchus in 'em. It was myself, Dad, and Dad's pal Benny. Benny was a self-employed gentleperson. He passed bad checks, then played the ponies with his earnings. How many bad checks I ain't sure, but certainly one too many. He was caught and spent a stint in Rikers, then Up-state. Funny thing, even after time served, banks still want their monies.

His mom had recently died and left him tens of thousands of inheritance dollars she socked away after earning it by cleaning rich people's toilets. She made my dad promise her that Benny would get it. So they hatched a plan. She left it all to him. He then somehow handed it over to Benny.

As a thank-you, Benny took us to see the Mets take on the Cubbies. We left in the sixth with the Mets down 6-0. "Look how far down below us all the birds are flying," Dad said. "There's ice on my chair," Dad said. He also kept looking at my nose for signs of it bleeding. Benny dropped us off at home in his Lincoln. I can't recall how we got to the ballpark -- I wanna say we took the train.

Of all things, I recall how well Benny drove. Strange thing for a kid to make note of. He was decisive and smooth. Alert and poised. The Lincoln roared with some quite controlled get-up to it. I made mention of it a couple days after, and Dad said he drove for a living. For years, I assumed he was a cabbie, till told differently.

I wonder whatever happened to that fella. I tried tracking him down a few years back, but his remaining buddies weren't the talkative sorts. Even a woman named Brenda -- the father of her son who was a tightly-kept secret which maybe only Dad knew. Before anyone asks, he never told me.