"Chanukah is also a celebration of the great miracle of light. As the Talmud recounts: “When the Greeks entered the Temple, they defiled all of the oils. After the Hasmoneans [Maccabees] defeated them, they searched and found but one cruse of oil, untouched and sealed with the seal of the High Priest. The cruse had only enough oil for one day, but a miracle occurred and they were able to light from it for eight days.” (Babylonian Talmud, Shabbat 21b). This miracle of light after one of our darkest hours, we are taught, is the last collective miracle we experienced as a Jewish people and provides an access point to the miraculous." - Wilderness Torah

PRE-LIGHT
Orange blossom honey colored with a slight greenish undertone. Some surprising slight tooth that feels in the hand like fine grit sandpaper, but a nice bit of oil offers a mainly smooth sensation. Visible but slight and even seams throughout; some vein but nothing egregious as to threaten burn or to overly fercockt the hand-feel. All told, not the prettiest, but neither a spinster. I have just read people fawning over its beauty... good lookin' stick, I'll give it. Rich medium to dark brown tobacco at the foot with highlights of light caramel. A solid and even medium+ density is shown there.

As far as density, a Charmin test squeeze show zero soft spots on a medium+ firmness which retains a lively bounce. Inviting the schnoz, sweet hay and cedar are apparent. Moving to the foot, a nutty caramel is introduced. There are too some sweet spices and soft warmer spices.

Cold draw is a quite open one which floods in caramel and dark honey notes while leaving a silky sweet cream mouth-feel and a finish of the flavors which is already quite a mouthful. As was that previous sentence. The backing is a sweet hay earthy note but it is a far back one, indeed.


LIGHT
9:45am
Cedar, heavily toasted and salted lightly caramel, and a nice bit of peppery spice comes off toasting the foot. First hot draw is heavy white pepper immediately, which quickly develops into black pepper flakes. A true pepper, not the bite that tells you the tobacco leaves are a bit young. The undertones are all sweet and are of a heavy cream, caramel, and cedar. Very big body already. Mouth-feel is sugar poured into melted butter and taken in a shot glass while still rather hot. It's nice. Second hot draw adds a very nicely brewed medium+ roasted cup of coffee that draws into it the cream notes. Caramel stays alone albeit lightly salted. Honey while dark at the onset, has already darkened. I'll call it a molasses. That molasses is all over the long-legged finish and has the caramel and coffee notes twirling around in there with a dash of white pepper.

Lotsa smoke, kind and mellow and full full full from both ends (that sounded a tad dirty). Notes off the foot are toasted caramel and butter clarifying on the stove. Slight sweet hay backing. The only usual Connecticut leaf grassiness is in the room-note, but it adds a nice cleanliness to the situation.

Burn-line is almost a razor and the burn itself has a bit of a tick in it, but probably on account of me using a CEDAR SPILL FORM CIGAR RESERVE and not an Xikar Jedi Lightsabre which threatens to scorch the thing and severe my hand a la Luke Skywalker. Draw is the same wide and greedy loose+ it ever was and this Perdomo just really wants to be smoked, gentlepersons. Ash is nearly a sheath of medium ranged grey. Seems a bit loose. Where's my schmatta/hankie/lap napkin?

ACT I
A slight lush grass in at the start of the finish now. This is not a newly released cigar, but seeing as my stepson has successfully connected my TV to the Internet, dragging me into the year 2008 or so -- I figured hey! Lotsa old stuff is new to me. My shirt, for instance.

The body is full and fully great with a does-not-quit finish as described above. Heavy and sweet without inducing yuck and/or muck. Draw notes remain the same, as well. Ash clumps off at well shy an inch and I have once again placed my schmatta with a near eerie precision which might include an uncanny sixth sense.

It's not that the spices have muted, the white to black peppers are still there throughout, as are the baker's spices -- well, perhaps they've muted a notch, and the cedar that while sweet also has a seasoned depth. It's just that the body is so luscious and the mouth-feel so creamy, said spices are met in balance and not 'bombed.' The sweet hay backing now has a bit of grass in it, making it faint but healthy and lively. Earth notes distinguish themselves there, too.

The draw hits a bit of resistance, but a small small tick of a bit and does not take away from the full-bodied and luxurious finish and mouth-feel. It's still -medium resistance at highest. After the ash breaks off, there is an addition of pale fleshed nuts and softly roasted red pepper and a heightening of nutmeg. A reddening off the spices which is quite and quite nicely apparent on the retro-hale. The cedar really seasons there as well. I'm almost as cotton-mouth as I was in my junior year of High School.

The hiccup in the burn-line has long ago corrected and the line itself is -medium thickness. Ash is re-piling on in the same manner as prior. Room and foot-notes stay the same. Smoke is cool side of warm in my smoke-hole. We covered the full body aspect, the rest is medium+ flavors although not a lot of nuance, and no strength to speak of. I'd say it's a medium, but a memorable one at that.


ACT II
Apologists for the Connecticut wrapper are forever saying things like they're currently "re-inventing" or "upping its game." The truth is, this has forever been a damned good leaf. Its undeserved bad rep has long been on account of American flavor bomb machismo. OK, and some really crappy stick mainly of the machine made or cheap-o hand-rolled variety.

At the midway point, the coffee really comes into its own and the red spices continue to roast alongside their sweet counterparts. Molasses and caramel are heavy and maturely sweetened. A dessert stick? Sure. But also the perfect companion for a well brewed coffee right up to espresso. There is a very nice saltiness to the butter that I haven't heard a lot of folks mention. The ash now begins to take on a toothiness that's more than is readily apparent on the wrapper.

The very tip of my 3/4" stack of ash has picked up a slight amber hue. That ash is now ladder rung'd on and not trying at a sheath. Burn is ribbons but no woes as far as touch-ups. Line is down to thin+. Density of construction has held throughout.

At the end of the second act, an anise note lays softly in the cushiony finish. On the draw, bite-free nuttiness plays a slightly larger role. There in truth is not a lot of nuance or complexity, and no real surprises, but this is a truly wonderful Perdomo offering.


ACT III
The draw ups another tick in tension, but in the same manner as before. However, a slight tear develops in the wrapper. Spices have muted. The hay/grass/earth backing has come out more clearly. The coffee is great, and the dessert aspects are as well. Cedar and nuts have sweetened. Anise is there, but further away, thinner, and crisper. Dead on medium profile with a memorable body. Mouth-feel continues to err toward cotton. A vein hampers the burn right at the start of the band, but I'll fully enjoy what's left of the ride, right until the wheels fall off around the toothpick. Oh, that slight crack smoked through without problem.

I don't see much a'changin', so I'll shut my mouth now. The smoke stays in better that way.

NOTES
One dimensional? Maybe. But what a splendid dimension. Some dimensions, once visited, are regrettable anyways. I have to say that this is a smoke that


PAIRINGS
Morning coffee or after dinner pie (that sounded dirty too). Try a peanut butter pie with extra whipped cream. Is there another type of whipped cream?

Great offering, decent price. Head on down to Cigars City to BUY IT NOW.

Thanks for reading and have a great holiday season. 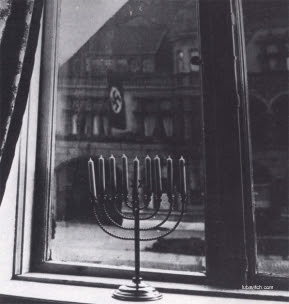