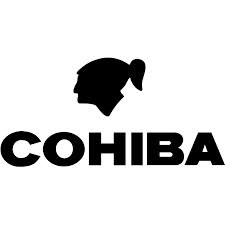 PROLOGUE
Merry Christmas to my uncircumcised brethren. In light of your festivities, I decided to have my own. Courtesy of --

"Synonymous with extravagant taste and complex flavor, true cigar connoisseurs know Cohiba as one of the world's finest cigars. Meticulously handcrafted in the Dominican Republic, Cohiba is the product of masterful blending. Featuring three varieties of Cuban seed tobaccos aged under the watchful eyes of our artisans, Cohiba is a dimensional, slightly-spicy smoke created for the initiated." Cohiba.com

Sounds like I'd better put on my big boy panties.

PRE-LIGHT
Overall, there is a decided luxury creaminess to the chocolate complected thing. Very even hues, some small tick or two darker mottling over-top. Slight and loose toothiness. Seams range from invisible to open. A vein or two exists, but nothing to speak of more than we already have. OK, just one more thing there: the wrapper leaf crimps around one of the veins. Still, no real interruption at all to the hand-feel. Cap is perfectly affixed where it matters and messy where it don't. Foot lets peek out a tobacco which is a very similar hue to its wrapper. Some dirty blonde highlights are there. Again, the coloring has a near sinful creaminess to it. Packed to a -full density. Nice sheen throughout.

The nice sheen gives the hand-feel a nice oil slick quality, but not in a heavy way.  Very nicely balanced Churchill. Charmin tests to an even and solid medium+ density. Schnoz notes from the shaft are musky dusty doses of leather and nuts. At the foot, an addition of a deep creamy tobacco can be sensed. With it, a very nice caramel.

I cut the cap with a double guillotine thing, because pinkys up best behavior, gentlepersons. It ain't every day you get to Cohiba; unless you run a small communist country. A perfectly medium tension cold draw gives me cream backed nuts and caramel notes with a secondary dimension of a touch of spice led by cinnamon. There's a barnyard element far, far back that will most likely serve as the eventual backing, and not the aforementioned "cream."


LIGHT
3:15pm
Toasting the foot releases an aroma of tossing Cracker Jacks into a fry-pan, turning it on high, and walking away absent-mindedly. First hot draw is a musky delivery of toasted caramel, nice leather, and roasted mixed nuts. Also there is that nice cinnamon-led spiciness. Underneath is a barnyard. Overlying sensation of a mellow sweet creaminess. Second hot draw is retro-haled to show further notes of the red spices and a kindly bit of vague peppery warmth. A third hot pull is a smorgasbord of all I've mentioned with a somewhat dizzying array of nuances within almost every note.

I think I need a new pair of big boy panties.

Burn is a wavy thing and slowly finding even -- or at east looking for it. Burn-line is thin. Ash is salt and pepper, but mainly salt. It's not coming on in ladder rungs, but not forming a sheath, either. Foot-note is heavily toasted caramel with a leathery nod. Some spiciness, as well. For now, that forms the nascent room-note, as well. Smoke out-put is even from both ends, and is a very agreeable medium+ volume. Draw is on the nose medium.

Thus (not) far into the Cohiba "Red Dot," we'll call it a medium profile. Mouth-feel is a very interesting mature cream. Musky and dusty. Perfect moisture.

ACT I
I keep feeling as though I'm in an older gentleman's Study. I'm also marveling at how rustic this Cohiba smokes, and how that is delivered on a machine precision'd outcome. It's as if I'm being operated on by a skilled surgeon who insists on wearing a boiler suit into the operating room. Ash surprisingly clumps at an almost but not quite inch of very dense talc. The burn is uneven, the wrapper has two cracks, and the experience is making me feel like royalty.

Flavors are the same with an every deepening musky dusky over-tone that smells like my grandfather. The re-growing ash is displaying more tooth from the wrapper. Room-note is a thing everyone should experience. A classic exotic leather that you simply will not find in any other offering. There are red spices and traces of peppers in it. A very noticeable barnyard dimension. Verily I sayeth, "Wow."

To be clear and perhaps redundantly so: primary notes are leathers and nuts and I can write a short essay about each one's nuances. Joined with them is a heavily toasted caramel note. Secondarily, there is a cream which is sweet and more so incredibly smooth, a very distinct barnyard which brings the musky dusky, and an old world spice rack that highlights, at times, a cinnamon note. On the retro-hale a very small bit of very fine white pepper can be found, slowly roasting. The barnyard also interestingly serves to carry all the notes along at a very high depth. A Sir's flavor bomb.

Ash has settled into the same hues of now ladder-rungs. Profile is medium. Mouth-feel, perfect. And I'm about to shut up and coast into --


ACT II
Orange rind, a zetz of it, finds its way into the old world spice rack and almost creates from it a sort of mulling spice. It's in the aroma, too. Ash dumps off at shy of an inch, same consistency -- I feel it to be part of the stick's personality, if not charm. As per that, the wrapper is very fragile (must be Eye-talian) and is prone to cracking, with no effects beyond cosmetic. This stick has flaws, but all feel purposeful. The seam now pulls up ahead of the burn.

A more exotic spice comes in to play, touching each note. Peanuts star in the mixed nuts and they are boiled while the others are roasted. Leather fades, holds. Caramel hardens. Peppers subdue but remain an important aspect in maintaining a balance against becoming a boring smooth creaminess. Everything is very, very purposeful. Nothing is here for no reason. My schtick takes on an even more ironic note than usual in this context.

Draw is unchanged perfection. Smoke out-put increases evenly from both ends. Packing softens a notch about a half inch ahead of the slowing burn. Burn itself is now an even thing and its line, thin.

As we near the mid-point, a yeasty hay is noted and I feel as though this gentleman's study may be next door to a frou-frou pastry joint. The pastry is airy, dry, and not too sweet. It don't strike me as the thing just any schmo could create. There's a hint of anise in it. Just a breath of the stuff.

Coming out of the transition and heading to the final act, the pastry vibe has definitely lightened the load and has subdued all the flavors. Subdued -- not at all diminished. They've also somewhat dried the mouth-feel. Now that I mention it, they've dulled the finish and shortened its legs. Finish remains a nice toasted caramel and boiled peanut-led roasted nuttiness. Traces of leather carried over from the draw, stay at its onset only. Overall sweet, but crisply so. Flavor notes on the draw remain unchanged and nuanced like nuance is going outta style...and it might be. Thank you, American palate; I say sarcastically. Whattaya got in a 70 ring gauge? FEH!!! That's what I got -- FEH!!!

Primary notes now welcome a mulling spice with an orange rind. Airy pastry is a new and strong but secondary addition. Still very much driven by the caramel and nut flavors. Anise flirts in and out. Backing is amazing, as the secondary notes take turns lifting and carrying the flavors, quite high, as already mentioned. Burn is a slow smolder that can last forever, as far as I'm concerned. Moisture has fixed on the mouth-feel and it has a touch of mineral note therein. I re-touch the burn, mostly in a precautionary way, as a seam loosens ahead of the burn.

Flavors cluster together in a closer manner as the final act awaits. Not in a mottled way, more in a reinforcing sort. Barnyard notches up. I remain enchanted by the musky dustiness. By the precision rugged nature of this Cohiba. It truly is an incredible thing to behold. I cannot believe I once loved cheap stogies -- and still very much do.

You can't take me anywheres, I s'pose. Too, ya can take me absolutely anywhere. For now, I'm being taken into --


ACT III
I posit that nuances build complexities. Herein several nuances build a Cohiba offering of more than a single complexity. I'm glad this ain't an audio offering, and so should you be glad. Unless you'd like to hear me prattle on for hours on end.

Profile notches up a tick to medium+ as strength kicks. Brown traces are in the smoke out-put now and duller softer notes of barnyard and leather ramp up. This somewhat takes away a dimension, but the final act is all about making a smooth and relaxed transition to no longer smoking. A slow coming-around from deep meditation, if ya will.

At the band, Orange rind mulling spices pick up and leave a crisp tingle on the tongue. The barnyard now has an enhanced earth note which is dry, but does not impact the moisture on the mouth-feel, which remains just right. All notes toast a bit and the pastry is now done as the baker places loaves of brown bread in the oven. A note of rye malt is in now. Peanuts are now roasted. Caramel hides. Barnyard and its earth carry it all. A new black pepper is on the retro-hale, it's finely ground and quite lovely. This cigar don't got no quit in it. The pepper clears the senses and cleanses the palate, a bit of the orange rind goes to it and sharpens beautifully.

Now which of these finely crafted toothpicks shall I employ?

Postscript: I was somewhat denied my toothpick smoking experience, as the Cohiba's construction did not hold all that well beyond the band.

NOTES
I remember hearing years ago, how each expert Amish quilter left a purposeful flaw in their work as to highlight their humanity. I sensed a lot of that theory at play here.

Of note, too, is the way you feel this "Red Dot" in your throat and chest. Perhaps in yer soul, as well. Who knows? I mean probably not -- but who knows?


PAIRINGS
No room in the inn. See what I did there?


EPILOGUE
5:30pm
Even as my gums swell around a tooth which needs yanked and I suck on a teabag, I can't help but feel blessed this holiday season. I told my wife this morning that it's a horrible thing to do that to a kvetch. You, dear reader, are in no small way to blame for this. Thank ya.