"At IPCPR 2011, Dion Giolito, owner of Illusione Cigars, added a Maduro version of four vitolas, to his core line joining the ~hl~ Maduro that has already been out for some time. The four new Maduro sizes are the 88, 888, cg:4, and ~mj12~ ... The ~mj12~ Maduro is wrapped black paper, which distinguishes it from the original ~mj12~ which is wrapped in silver foil. The silver foil is, of course, a nod to aliens and the conspiracy surrounding the Roswell incident."  - Halfwheel

Overtones of a pungent nature blended well with a produce-not-confectionery sweetness -- braced solidly by high undertones of bitter bits with their own toasted sour nuances. Depthy in terms of depth. Salt is present on lips and tongue, adding to a rigid backbone for the softer notes to play on and about. Laced with a smoky & trimmed savoriness throughout. A supremely balanced flavor profile with lively complexities on a dark canvass. Medium-Full.

A medium height'd hunkered down smoothness of body texture, a sports car taking a winding road. Thick in a muscular fashion. Rigid but not drying. Softens as it works toward the finish -- a long-legg'd extension of the draw with a greater focus on sour notes. Roasts into neat-O complexities. Temp is cool and the end comes cleanly twixt pulls.

Strength is a robust medium then back-loaded medium-full which bypasses head-swoon and/or schvitzing to land warmly in the chest. A sipping hooch. Challah-basket fills nicely.  Suddenly I became quite Jewy there.

Combustion/construction are cruise-control Sunday AM drives (again with the vehicular shit). Ash does err toward dryness but holds to an inch at a time sans flaking. The draw starts a bit stiff but come 2/3 and on-out, its smoothly even medium+ tension is very nice. Very much a smoky out-put which leave a sweetly-spiced meat room(carport)-note in its wake.

Whilst Illusione is a sponsor *buy a box* of mine, that in no way *buy a box* influenced my review. *Buy a box*. 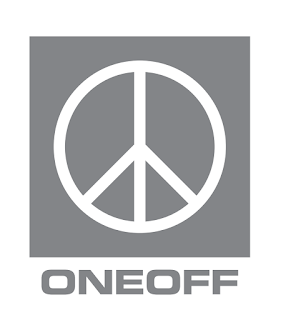 "All of the sizes have been made and are aging as we speak. The official release is at IPCPR 2018. We will soft release them sometime before the show. The initial retailer buy will [be] offered in a pre-pack, consisting of 3 boxes of each size for a total of 24 10-count boxes. Only 500 prepacks have been made for the initial release. Once all prepacks have been sold, only the Retailers who purchased the initial pre-pack will be eligible for “fill-in” orders until we can get a scope on future production numbers, relative to specific raw materials at hand, used in the blend." Dion Giolito, Illusione re: OneOff.