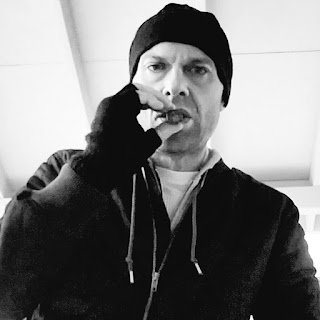 Thank-you, gentlepersons, for supporting my cigar modeling career on Instagram.

NOTES:
Other than a slight and self-correcting curvature-to-burn near mid-point, the construction and combustion of this AB Post Embargo are sans critical critique comments. Pepper-spices are warmly gentle things even blown out the nose where goodly complexities grow to greater ones. Sweetly sour notes lead and get nice salted additions. Verily smooth and supremely balanced. Rich refrains are excellently delivered in a well-paced manner. A slim menu is made-up-for by deep nuances and complex blendings on a wide and long canvass. Finish is a draw extension which allows for a cool dissection.
WRAPPER: Honduran
BINDER: Honduran, Nicaraguan
FILLER: Honduran, Nicaraguan

Get yer own Alec Bradley Post Embargo at Cigars City.


For many, the 1960’s represented a chasm that would throw many cigar enthusiasts into a dilemma. For some, it served as an avenue to explore the tobaccos of different countries and regions. For others, this embargo offered up opportunities for bootlegging and counterfeiting for those who would desperately do anything to get that Cuban leaf into their hands.

Today we pay homage to this history with Post Embargo. Here’s to the privilege to taste the past as the gap is bridged and enjoy the pleasures the future has to offer. The brighter future is here and glimmering with hope.

The above from the co. website as-to this, their offering. One which debuted in 2015.

ADDENDUM:
Went to the movies twixt the first draft of this and editing the finished piece you've been so nice as to read. "Least Star Warsy Star Wars ever. Fun ride, though. Added Disney super powers are mainly okay, except for Leia floating in space posing like a hood ornament." Me via Twitter @kplwtz