Good news, gentlepersons, I have settled on a tea. Red Rose Original, to be exact. Readily available, inexpensive, and just a bit irregular. It's mayhaps the me of teas. The hundy count box of teabags I snagged at Walmart even came with a "Nautical Wonderland Figurine." A ship's wheel. Grey. Nice. I'M SO BORED.

As verily wonderful as I find boredom --  I cannot assume in good and clear conscience that you, Dear Reader share my love of the mundane. I do know, tho, that you most likely share my love of a good cigar, and possibly of pugilism as well. Plus, we all love America, no? Lettuce do this, then.

"This," namely is a look at historic bouts that took place on today's date, America's Birthday. Happy Birthday, America: protect yourself at all times and smoke 'em if ya got 'em. Bouts are listed chronologically, but if you'd care to place them in order of importance/significance, well -- that's a Kibbitz.

*
*     *
1910
Jack Johnson TKO 15 James J. Jefferies, Reno, NV. Six years prior to opening training camp for this bout, Mr. James J. Jeffries retired undefeated as the Heavyweight Champion of the world. That's right, gentlepersons, Mr. Rocky Marciano ain't the only one. Although the records here are a tick foggy.

A half dozen years of ring-rust and dropping 110 pounds in camp mixed none-too-well for the former champion with the 110 degree ring at fight-time. There was a couple/few feeling-out rounds at the bout's onset, but by the end of the fourth and on, it was mainly a deterioration or as Mr. John L. Sullivan saw it, "The old ship was sinking."

I feel it worthy of note that whilst mentioning John L. Sullivan, a man who refused to defend his own world heavyweight crown against black boxers in the same breath as one Mr. Johnson, we should briefly stop to recall Mr. Sam Langford -- a brilliant black pugilist whom Johnson refused to face. Proving that whilst America is easy to root for -- humanity is substantially harder.

In that fourth, Mr. Johnson did what he said he'd do in the ring, and neutralized Mr. Jefferies' power via pinning his own hands behind his back. Literally. The champ later said that he knew the fight was his as early as again that fourth, when he landed an uppercut to Jeffries' face and saw how he reacted. "I knew what that look meant," he said.

As word spread from Reno, Nevada to the rest of the country, of Jack Johnson's 15th round TKO victory, eleven people were killed in its cross-country wake via riots and lynching. Again, lettuce hear it for humanity: "FEH!!!"


*1919*
Jack Dempsey KO 4 Jess Willard, Toledo, OH. Wins world heavyweight title. Also, The city of Toledo earned $28,751.25 -- put that tid-bit away for a tick later,  gentlepersons. The first round of this bout ended with Mr. Willard downed in a neutral corner, and Mr. Jack Dempsey had already knocked him down six times prior. Referee Ollie Pecord actually counted ten on the final knock-down, but the timekeeper, Mr. William Warren Barbour let the ref know that Willard had been, in fact, saved by the bell. Jack Dempsey was forced then, to make his way back to the ring from half-way to his dressing-room.

If you were pals to former world heavyweight champ, Tommy Burns then, you'd have made a decent price on this match. As he was telling everyone to bet their own 100K and/or farm in Kansas or elsewheres, on the under-dog and under-sized Jack Dempsey. Crony capitalism writ pugilistica, perhaps?


PERFORMANCE
Medium+ tension of draw, with an even all-the-way out-put to smoke-hole. Foot-smoke was a subdued thing. Two re-lights were needed as I was in no rush to toke. Burn would minimally stray and always self-correct. A re-touch was needed in the final act to ward off a slow runner. Ash was pale to dark grey marble and held to an easy inch, even as it cracked on occasion and flaked some more than I'd like. Packaging never softened and burnt to a firm nub, nor do seams ever loosen.


FLAVOR NOTES
Sweet, sour, and salty. Excellent balance in the sweet and salty realms with each jockeying out a nose in-front throughout. Sour notes paced well behind them and pushed the profile in a quite bright manner. Onset was very floral and vegetal, braced by a salty nigh mineral nod. Sweetness was in the middle act coupled by a tannin quality, and delivered on an acidic underbelly ghosted by some mineral additions. Final third was a soaring of bright floral vegetation with a non-trespassing and cleansing bitter vibe. Mineral ghosts haunted elsewheres. Finish was again I use the word "bright," and lingered in a sour over sweet manner, longer than expected off of delicate draw notes. Retrohale tended toward somewhat sharply acidic, not at all in an unpleasant way.


TEXTURE
A smooth thin creaminess gave a light to maybe medium body. Mouth-feel was perfect moisture with a tick toward spitty at the third act's onset, which corrects via a slight thickening of cream. Cool smoke to the very nub.

Grab a box a' these any-purpose smokers at Cigars City, gentlepersons.

The year before in '22, oil was struck in the small Montana town. A train service was installed. Shelby was positioned to be a boom-town along the way wagons westward to Hollywood, CA. Banks opened up over-night. Families moved in. Visiting tourists were planned for...

Shelby bet it all on the fight. An arena the size of a football stadium was erected, every demand of each fighter was met, nickels were thrown around like feathers whenst they shoulda been thrown around like manhole covers. Then: THE FIGHT WAS AWFUL. A snooze-fest which lasted fifteen full rounds, ending unanimously in favor of Mr. Dempsey. Thankfully, very few spectators actually paid to get in, as residents of the town crashed the gate. Not only did the fight break the back of the town, but too, four of its banks went down for the count.

It would be another ten years before bank deposits were insured by the US Feds. Oy vey iz mir.

Mr. Louis earned a purse of $59.00 of which he was instructed by his corner to keep all. Later, they'd (led by Jack Blackburn) be cut in for half. For that night, humsoever -- the sole advice given free-of-charge was to hit him in the gut until he dropped his guard, then beard him. 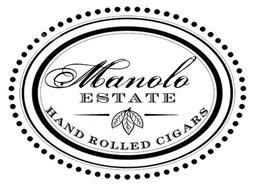