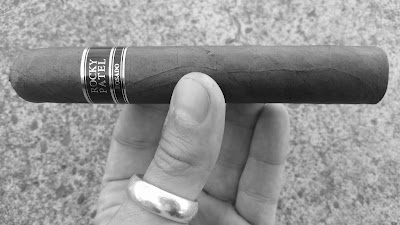 PROLOGUE
Prince has died.
May his memory be a blessing.

PRE-LIGHT
Bearing in mind that this Patel offering is far more Raspberry Beret than Little Red Corvette insofar as MSRP terms -- and that this shall be the first and last Prince lyrical reference of this write-up; lettuce make with the commencing.

Eyeballing from cap to foot, we got the tight and fairly lengthy pigtail and quite nicely so. Some tooth. Veins are present and a couple are noticeably so -- but none speak to potential burn hazards, per se. Seams are nigh invisible and evenly crafted. Foot tobacco is an 80/20 auburn/brunette with a smattering of dirty-blonde high-lights. -Full density therein. The shaft, from sheen down -- shows just trace amounts of sheen, actually. Underneath that is some espresso bean marbling, then a milk chocolate even complexion. A tannish undertone lends to the matte vibe the nigh sheen-less Patel puts forth. There's a slight pimple in the 3/3 via water-spot.

Hand-feel is dry tooth. Heft and balance are each verily nice 'nuff. Charmin squeeze test is a firm grading. No soft-spots. Schnozzing the shaft, I get whiffs of tobacco and spiced leather. Spices are more pronounced and a cocoa vibe is added at the foot. I employ my gifted Xikar Xi2. It cuts. Very smooth draw off such a tight packing. Medium+ tension with just that tick of resistance I like, personally. Cold draw notes mimic the schnozzing. Leather seems to be creamy. Cocoa comes in with a red spice rack. Vastly a nice tobacco. Some nuttiness on the cold finish. Pulling on the Patel, I notice I get a lot of leaf crumbs in my smoke-hole.


LIGHT
Toasting the foot, I get straight boot leather insofar as aroma. Perhaps some tobacco under-belly. First hot pull is a pepper-spiced tobacco. Very long finish which ends in a dose of creamy chocolate. Second hottie is retro-haled to red pepper which lands on my palate into creamy leather. Settles > red spice rack > cocoa. Third hot one shows itself laced with a nutty vibe, and 'pepper' becomes black pepper. Red pepper is dialing back. Black stuff is tongue-tingling.

Free re-touch on the wood match outdoors lighting. Pack softened a tick and about an inch off burn at that lighting. Ash is 70/30 salt/pepper and somewhat flaky already. Draw is even. There's a charred hardwood on the retro-hale, after the peppers subside. Chocolate firms up. Mouth-feel is spiced-creamy and of decent moisture levels. Nice simple offering, this. Burn has yet to even, humsoever. Line is thin.

ACT I
My jaw hurts. 60RG. Thanks, Obama. Packing softens more, seams hold, draw is unchanged. Flavors are chugging along. Room-note is a somewhat sharp leathery tobacco. There's no obvious backing, so to speak. Perhaps some thin dry earthiness. Imma have to re-touch again before more waver. There sets in an odd chemical vibe that makes me think of blister-pack plastic.

Just shy of an inch in, and the now 50/50 salt/pepper ash flakes but holds. Burn is still wavy. A bitter black bread note has met with the nuttiness (roasted almonds) to make a bit of bite now. Kinda scrambling the other notes. A simple tobacco is primary. Cream is almost off the radar. Chocolate is hanging on as more of a cocoa powder. Black and red peppers have mottled and shall be now referred to as "pepper." They don't help with the bitey bite. Hardwoods, charred, are middling notes as well. Leather has sunk to cover thinly the dirt/earth backing. Finish is medium+ length with a hint of sugar in it. Mainly a cocoa vibed tobacco that begins very pepper.

At the end of the opening act, I allow stick to sit a couple minutes after purging. Burn evens and ash still holds, but darkens. It's ready to fill my smoke-hole off that rest -- nice. Bite ebbs and leather soars to meet the tobacco as a primary tandem. Middlings are cocoa, pepper, black bread w/ almonds and hardwoods. Underneath is a more clearly dirt/earth note. Plastic vibe is gone. Ash is still intact and now darker.

Profile is a medium, strength hasn't come about yet. Retro-hale is bitey and actually and strangely -- not recommended.


ACT II
Burn cones a bit after I roll off the insulation of the first act's ash. Packing has re-firmed. On a raspberry beret budget, this Rocky Patel shows excellent construction. Flavor notes are simple and straight-forward. Throat catches some. A tick of top-leaf lags (re-touch). Oh, the ash I rolled off had a surprisingly dense oily core. Peppers dial a tick down and sugar gets caramelized. after coming back on-board. Black bread vacates the premises. Strength up-ticks to a high-end low.

Leather and tobacco lead the way still. Middlings fall back further and are led themselves by a spiced cocoa. Peppers and hardwoods follow, all else is gone. Dirt/earth backing remains and solidifies. A nice 'nuff smoke. Not bland, not punishing. Not demanding in any real way either good nor bad. The black bread bite doth flow on occasion, but too, ebbs. Mouth-feel is a tick crisp. Some coffee would go well.

Transition brings on a further caramelized sugar note. Ash pales and is nigh a sheath. Burn behaves well 'nuff in a slight ribbon. Some coffee and cream sets in. New notes are upper and lower middlings, respectively. A small top-leaf bugaboo crack gets smoked through. Toasty note laces the profile. Packing softens one and a half ticks. Black bread comes in sans bite and stays in the toasty. I don't mind this Rosado one bit. I ain't wowed, but not upset neither, gentlepersons. Could use less bite, tho. Too, the re-touches are plentiful, as I flick my Djeep.

Draw loosens to a medium, but offers the same even smoke-hole ratio. Flavor notes smooth and flatten a tick. Profile is a medium +; strength a - medium. Notes re: construction hold. Mouth is a tick sharp. Finish is far shorter and simply tobacy.

ACT III
Generic sweet and spicy tobacco and leather primary here. I shall hastily reverse that order a couple pulls later. Lots more smoky smoke out-pour and a room-note of the same vein as draw. Toasty. A compost note replaces earth/dirt backing and carries it higher. Smoke is fairly warm now. Ash goes dark toward band; and light again as it enters said band, and I reach for my toothpick.

Room-note is a pleasant leather-led now nigh aromatic tobacco. Profile ends as a robust medium; strength -medium. Very much a well-drink level Rocky Patel offering. Meaning it's a nice stogie, with RP distinguishing notes. Does that last bit make me sound haughty? Good, gentlepersons. I've very much an image to uphold, gentlepersons.


PAIRINGS
Pair up, Gentlepersons. A nice mocha latte thingy. Manischewitz Loganberry (and if you find a NW point of purchase, please to pass along that 411). 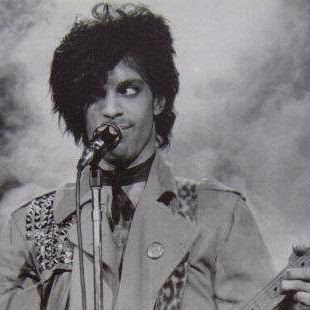