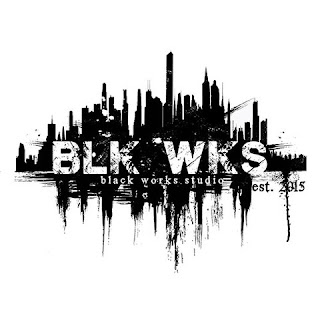 PROLOGUE
Sometimes I don't know what to write under this header.
Sometimes I try real hard to think up something.

PRE-LIGHT
I'm starting with hand-feel. Sleek. Amazingly smooth top-leaf. Not a sharp, but a contoured rounded box-press. Exceptional balance. So much so, that it feels light. Out of curiosity, I weigh it on my kitchen scale against a nameless stick of a noticeably bulkier huskier feel -- and they weigh the same. Yes, I do have a lot of time on my hands. Why do you ask?

Complexion is even and a roasted espresso/cocoa bean, containing a lively reddish brown under-hue. Veins and spiders are minimal and smoothed by the pressing. Not a lot of oils up-top, but a nice even sheen and my gut tells me oils are in there. Absolutely beautifully affixed what looks to be a quad-cap. Covered foot hides the tobacco, but I peek and you guessed it -- found Waldo. Color of tobacco is an auburn with a couple of dirty blonde up-ticks. Oils under a matte finish. Medium+ density.

Charmin squeeze test shows an evenly packed overall medium density of lively sponge. I want to say oils are coming up to the surface already, will all my fidgeting. Schnoz notes along the shaft are cereal possibly malt laced chocolate. A very nice chocolate, at that. Some sweet earth compost barnyard stuffs are there, too. Nothing unworldly, but they seem somehow different. Malts. I get a ton of malts and cereal grains in the middle of the cold draw (medium+ resistance) experience. Up-top there is chocolate. Underneath, we'll leave it at earth, but it's complex and we shall perhaps delve later if it keeps up.

I'm about to light the thing and I gasp. Why, I almost forgot to describe the band. Gold on black slightly embossed. Little bit like a WWE tshirt design.

LIGHT
9:05am
Sweetened hazelnut coffee and a pile of burning leaves and sticks is the aroma I get off toasting the foot. Even for a closed foot, it takes a good bit of time to get going. Sweet earth comes first off the initial hot pull. There is a dry compost thing going on in it. Joining that as a primary, is chocolate a dark Dove Bar. From the secondary, a malt note reaches up to the Dove. Also, there are some cereal grains and other smatterings of malts. At end of draw and onto finish is that sweet hazelnut coffee vibe. Finish is a sweet earth swirled with maltier on the end chocolate. Medium leg length. Second hot pull is retro-haled to an even more complex earth I'm beginning to track on side-notes in hand-scrawled chicken-scratch. Third hot pull is on a tick of a tighter drawer and a new musky note is added to the earth.

OK. Earth ain't a primary or secondary note -- it's a very high and complex backing that the other notes grow from like a garden. This isn't a rasslin' tshirt. It's an oil painting. Sweet spices sprout from the musk which sprouts from the garden not dour.

Ash is 95/5 Salt/pepper, a good deal of flake off not much build up yet, and precariously cracked along a wide ladder rung. I lay my schmatta accross my lap. Burn is slow, its line walking slowly after even, not chasing it. Lotsa medium density white smoke that is light enough to swirl all pretty-like. Early profile is a medium+. Strength is a mild+ thus far. Construction holds well against the burn. Draw has settled on a medium+ but a high one.

ACT I
This is a relatively new stick, this NBK. With a reputation already, for being wildly complex. It is. It eases my understanding to envision it still as that garden. See? Now apple notes, dried, grow. I feel like I'm not getting as much smoke into my smoke-hole as I'd like, but the flavors keep coming. And with almost each new one, a new malt reaction once they poke through the good earth. Lots of thickening smoke off the foot and all around. Floral leather room-note, but it's already changed to pick up more tobacco and cereal.

"I think I tasted egg and cinnamon..." Tyrone Biggums

James Brown Of Black Label Trading Co. opened this line to be a "Playground." I message him that he opened a Community Garden. A wicked one.

At the end of the opening act, ash dumps an inch out-side of my $0.99 Walmart tray, as I was headed that way with it. Coarse powder. Newer ash is even brighter white. Burn continues to saunter toward even. Draw is opened to a medium. Smoke increases all about. Medium + on the profile still, strength is up a tick to medium. We're amping up now as we approach --


ACT II
It's not just an oil painting. It's a time lapsed photo of one. Of a garden blooming. Sorry I keep stating that, but it's very vivid. Too, it helps me grasp what the heck is going on, or I'd be fercockt or at least bissell meshuga. With all this wicked garden evil, the palate remains a clean angelic one. I dab the wet cap on my white schmatta and there is nary a trace of juices. Mouth-feel is perfectly moist and alive sans lingering tingle. Woody now, from a fruit tree.

I want to keep puffing, as almost each pull is a new or morphed note, but I let it set a couple of minutes as a test. It's ready to go full-out off that rest. Nicely done. Burn is even now, ash, the same complexion but of a smoother texture.

Fruitier now, as the orchard bears. It's invigorating to the point of being unsettling. Erratic. Bursting. I'm watching the time lapsed painting while high as a damned kite. I want to hold the top of my head down, so it doesn't pop off, allowing a rainbow and birds to spring forth. I mean, how would I ever again find a hat that fit?

I am menaced by thoughts of a rainbow. I believe that succinctly describes my experience with this NBK. Fruit Loops? Ash dumps, same as prior. Cinnamon. Zest of citrus. Piss. Sweet grass and wheat retro-hale. Lime on the mouth-feel. Flint. Herbs. All mentioned flavors are fleeting and recurring. I am only at the half.

Construction softens and the box rounds further. Line is a razor. Strength is testing the boundaries of medium+. There is a slight catch in the throat now. I cough up a honeysuckle blossom. Gather my aplomb. How pretty. Very earthy now, fresh topsoil? Yes. All laid out and seeded (Hashem, help me) for the final act...

ACT III
Seasoned woods tingle the palate with a dash of finely ground black pepper and fresh green belle. Lemon oil is balanced by molasses. Ah, balance. I can't hang my hat on it though, because rainbows and birds will escape if I take off said hat. Plus: fleeting.

Earth is nutty now. Spices are back to Tex-Mex. Seasoned wood hangs around, settling to the earth. Settling. Smoke pours a bit less. Burn slows. A charcoal vibe hits. I have used up all my words. Tex-Mex mutes a tick or two, allowing more chocolate -- no -- cocoa powder now. Citrus and cereal malt retro-hale. We're calming, nonetheless. Room-note is slightly acidic.

As the band approaches, the box is round. Sturdy, still. Palate is somehow clean, and almost startlingly so. It rides off in the same settled manner and I grab my finest of tooth picks.

Profile is -full. Strength stays at a vigorously solid medium+.

It was a lot like that. While smoking this NBK, I was at once my father and me. I came for a cigar, gruff and salt-of-the-earth. I stayed for the drag show, begrudgingly at first. Good times. You see, in my neck of the Brooklyn woods, you just couldn't afford to show that side of yerself. Dad hated, but recognized that. He woulda liked this.

Every time I make one of THESE lists, the next thing I smoke, belongs on it. See ya in a month, NBK.


PAIRINGS
Leave that alone. Ya don't need that. Put that down.


EPILOGUE
10:20am
I don't always know what to write here, either.