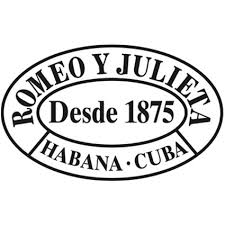 PROLOGUE
8:45am
I'm glad this feeling of schmaltz has ebbed. Holidays! Am I right, gentlepersons?


PRE-LIGHT
Uneven complected on account of undertone hues ranging from yellow to orange on a Maduro canvas. Dark, but not the darkest Maduro I've seen. Seams are visible as the contrasting complexion makes them easy to spot, but they are even and nearly tight. A couple of near large veins threaten the hand-feel a tad, but not the burn path. There is a tad of tooth in parts of the wrapper, but quite finely so. There are not a very many spider webs. There's a decent sheen, but seemingly tucked under a matte finish. Cap is a tad loose atop, it looks like a yarmulke on a bald guy on a breezy day. Foot tobacco is lighter than I expected and more golden brown than reddish. Packing looks of average density but a tick uneven and a tuft or three pokes out a slight bit.

A bit more on the hand-feel, because why not? It's toward the dry end of medium and the packing is quite firm; much more firm than the leaves at the foot would indicate. There's a spot at the start of the final third that's a notch softer. Cap is a brick-like consistency. It all balances nicely in the hand and let's check schnoz notes:

I get a composted earth note with a chocolate raisin-y sweetness behind it from the barrel. From the foot, I get a somewhat cleaner, less musky chocolate coffee vibe with the raisins falling further back. Because of the quite firm cap, I moisten it in my smoke-hole awhile, but instead of nibbling I employ my Old Timer. The cold draw is medium+ and gives some nice mocha and purple fruit sensations. Some spices are at play there, as well. Sweet, mostly. Cold finish has a yeasty mouth-feel and makes me think of raisin bread. The type with cinnamon swirls. Backing is a sweet compost.


LIGHT
On toasting the foot, hardwoods and cedar come out. Perhaps a toasted nuttiness, too. First hot draw is composted earth to a vague woodiness -- a wooded area after a soaking rain. There's notes of syrupy red to purple fruits, chocolate, coffee, and a nuttiness that has yet to fully distinguish itself from the coffee, making both a tad bitter. Second hot draw is retro-haled to show a sharpening a seasoning of the cedar, and a coming around of black pepper -- although I'm not experiencing as much pepper as other seem to with this Media Noche offering. A third hot pull sprinkles in some more and surprisingly musky sweet spices. What we got: cinnamon raisin toast with dark fruit syrup poured over it. You're eating it in the woods after a soaking rain. There's cedar and hardwoods in the campfire next to you. There's a bag of mixed nuts somewhere in yer pack, but you can't find it. You marvel at how there's always a Starbucks a stone throw away -- you can smell the burnt beans and the mocha frou-frou stuffs from there.

This is my second Romeo y Julieta of this Media Noche line. The first had a very firm draw. This one is 'only' a very medium+. Ash is light grey powdery ladder rungs and shows a bit of flake already. Burn-line is razor-thin and the burn itself is a bit wavy, but I lit on a windy porch and we shall see.

Foot-smoke is plentiful and has the aroma of burning wet wood and some traces of roasting mocha flavored coffee beans. Room-note is that and sweetened some by a hint of dark fruitiness. Mouth-feel is surprisingly light at a barely medium, but near perfect moisture. Finish is medium+ length but also lighter bodied than expected. Inherently sweet compost notes in both. Some seasoned cedar and sweet to warm spices. All that stated, body is a medium at this point. Flavors, ditto. Strength hasn't come on yet.

ACT I
Slow to develop, that was the theme of the first Media Noche I sampled. This one seems to be following suit. I retro-hale, hoping to make it come alive with a smack of sumthin', but it remains quite mellow. I suppose I need to be okay with that -- not a hard feat. A seam bugaboos loose at the burn-line. Rejuvenated re-hydrated raisins are a big player now, as it seems they are what is drenching the compost. Chocolate notes hide deeper in the coffee. There's a nuttiness that's just waiting to develop. Woodsiness notes die back a bit. Syrup becomes a bit more dry, as does mouth-feel. I cannot find this blast of black pepper I'm supposed to be experiencing. There was some more than there is now (which is a bit more than a hint of the stuff) but it was never a ton. There was seasoned cedar at the onset -- is that what some gentlepersons feel as pepper? Not all that bites is pepper.

Ash is rolled off at an inch and shows a nicely oiled core and medium firmness with flaky exterior. Very nice as far as DR fillers go, cosmetically speaking. Construction has loosened a good two tick about an inch ahead of the burn. Cap is still a brick. Draw resistance remains a medium+. Burn remains wavy but not in need of retouch, and burn-line is a razor. Not a whole heckuva lot happened here in the opening act; let's see about --


ACT II
You can fill your smoke-hole most of the way easily enough; but if you really wanna get it done fully, yer gonna need to pull a filling out of a tooth. A leather note comes in now, at the end of the 1/3 of the 2/3. Wet suede, actually. It threatens a moment to become primary, but then settles quickly into a secondary role. That's tricky, actually, as all notes in this offering seem to be secondary other than the composted earth from which they all spring. I'd say the syrupy raisin concoction is the nearest to accompanying the compost -- but the raisin is, as stated, not a singular note but a concoction. Interesting, in an almost entirely uninteresting way. Almost flashy in its brilliance. The Amish gent, proud at owning the simplest buggy.

The draw is actually tightening now, and I toothpick out the head. It helps a good deal, as the draw eases and a seasoned hardwood comes on, well, hard. We are in transition now. Wet suede is a crisper leather now. A fresh pot of black coffee is brewed. The wrapper cracks an inch ahead of the wavy burn. We've gotten crisper, as if the fire in the wetted woods finally caught fully. Mouth-feel hardens and dries.

Body takes a lateral step as it dries but hefts on the lacking of creams and enhancement of woods; to maintain a medium. Nicotine is -medium still and I'm a lightweight. Flavors, medium. I get a medium profile, then. Not the medium/full as advertised, but we'll see. It's proved to be slow in developing. Speaking of which, the black pepper has upped significantly on the retro-hale and lingers crisp on the palate and tingly on the tongue.

Before I forget, has anyone of ya owned a pair of Dockers shoes? They have a very affordable wingtip that's screaming my name.

Finish has lengthened and gained a bit of complexity on account of the pepper and black coffee additions. Raisins are raisins from draw to finish and no longer are moistened. Chocolate is returning by clinging to the cream that separated for the coffee. A deconstructed mocha...interesting.

The good news re: this RyJ's slow development, is that it's too a slow burner. We'll get to where we're going before we run outta time. All that's left to find out is where the heck we're going. Nicotine ups a tick and threatens to make me delightfully woozy.

An inch of ash hits my schmatta and is a ditto of the previous bit. The draw is tightening up a tick. Black coffee sits aside the less wet composted earth as primary notes. Secondary notes are chocolate covered raisins. Backing is leather. Rero-hale is a healthy dose of black pepper with a sprinkling of sweet spices. I'm thinking that's where we were going, gentlepersons.

The final act opens with a very hard bite of black coffee backed by darkly toasted walnuts and almonds. It takes over the finish and sharpens it a great deal. Lengthens it widely, as well. Too, it clears out any nuances. Nicotine strength is a medium+ now and far less kind. I've been smacked. I'd turn the other cheek, but it would most likely make me dizzy.

The bite slowly subdues a notch or two, but remains. It's also reflected in the aroma and foot-smoke. At the band, the raisin notes mount a brave comeback, but victory is not theirs. Also, my hair is tingling. Slow developing, and then blam. That's one way to do it -- just not my favorite way. There is a pumpernickel vibe through the band point. Right up to the end, were' getting to where we're going, but ain't that always the case?

A lot of waiting to get to a place that doesn't quite suit my palate. Like a road trip to Utah. Nuances are what builds complexity, akin to how sentences build stories. In that sense, this offering was an interesting one. I appreciate it for this, in the way I appreciate a film done well in a genre outside of my normal liking. All that said: meh. Which at the end of the day is a whole lot better than feh.

All told, I got a lot of bitey and unprepared to perform immaturity from a mature Maduro leaf.

Manischewitz Concord Grape, full city roasted coffee with cream and sugar, a spiced tea might do surprisingly well at bringing forward some sweeter spices -- chai it up all creamily and latte.

10:10amish
Wanna hear my voice? Wanna hear it talk about the first of these Romeo y Julieta Media Noche offerings I alluded to herein? Wanna do that for 31 darned minutes? I'd embed the player, but there seems to be a technical issue. Follow this link, instead. Bearing in mind, gentlepersons, it is very much a test-run. And that you are a creepy stalker for doing so.

Thanks for that; you being you.

PS: Note the return of the accordion flourish. I do this because I am an accordion fanatic (specializing in the concertina) and yesterday, I had a chance to purchase a rhinestone ridden specimen replete with keyboard from my local Salvation Army. I had the funds, but sadly they were ear-marked for a new Chromebook -- one with less duct tape than my current one. Sigh. #KLEZMERFOREVER

PPS: Something I noted in the above audio is how this offering put me in mind of my Uncle putting jelly in his black tea. Sounds nice enough, but the acidity and the sweet were not rightly in balance and -- well, it was odd.

I do believe I'll let you go about yer day now.