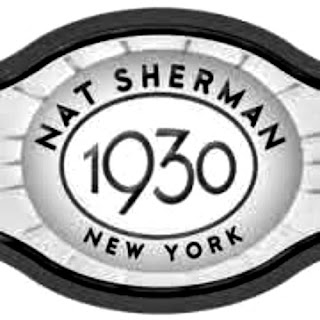 PROLOGUE
Here in the farthest flung region of the Jewish diaspora -- Eugene, Oregon -- rainy season has set in. In spades. It's none to warm, neither. Thus said, it is time for me to put Churchills aside, gentlepersons. I already miss 'em. And Golden Girls re-runs; I miss those too. How much more can my little <3 take?

PRE-LIGHT
Cigar-colored cigar with veins as if it's covered in a leaf or sumthin. Sorry. I'm a bit testy today. The specific hue is a cocoa or light coffee bean with a slight nod to a caramel coming through on burnt sienna to just plain red under-tones. Very even-complected, even in regards to an occasional sunburst of color. The band, like every Nat Sherman ever, is timeless (as long as the time is of an Art Deco bent), minimalistic, and muah! Perfect. Seams are visible due in part to some contrasting under-tones on wrapper, and are dead even and too, tight. There are some veins which are broad enough to come off in the hand-feel and in once case at the final third, to crimp the wrapper a tad. Foot tobacco is golden-rod hued to the point of yellow underneath a slightly-milk'd chocolate brown.

Charmin test squeeze shows this Nat Sherman to be packed like a brick... ow! ... house. And evenly so. Firm density is echoed as I spin the Rothschild in my hand and eyeball the packing there at the foot. Schnoz hi-notes from the shaft are a very straight tobacco, and from the foot, a not so straight pepper. Light traces of heavy green notes are apparent from both shaft and foot, and are cleaner up to almost a mintiness at the latter. Or was that the former? Whichever the foot was. Traces of mixed boiled nuts, too.

Nibbling off the cap, I get a -firm draw that is very smooth, but with a ballsy resistance. Solid. Cold draw flavors are red spices, green notes behind them, and a funky lil pepper I want to call exotic. All my droning on aside, tobacco is a dominant note, a light but rich dominate note; cleaned by the green and prior to that ridden high by the red spices. That pepper is almost a backing on the cold draw. Interesting in a somewhat pedestrian manner. Sometimes I write things just to appear snooty.


LIGHT
8:40am
There is a vein that runs horizontal across the stick and ends at a seam. It threatens to snag on my manly rough hands as I toast the foot; releasing sweet notes of nuts and cedar with a light cream. First hot draw is a very tobacco hi-lighted affair, with more complicated notes pulling off the green and red ones I mentioned prior. This happens on a coarsely ground but nicely roasted black peppercorn. Second hot pull is retro-haled and is peppercorn burst with a sweet setting into of cedar, coffee, and nuts emanating from the red area. Green notes failed to make their presence known on that pull, other than to crisp up the finish of toasted cream mouth-feel and coffee and cedar notes. Draw remains firm and a bit of a scrooge on the smoke out-put. Its volume is a medium off the foot, but a -medium into my smoke-hole. Foot-smoke is a cedar and java thing with a bit of harder woods and touch of cream that's especially noticeable in the room-note. Overall, kindly and sweet. Welcoming, even. My third hot pull shows me an already muting black pepper and a rising exotic spice-tinged white pepper. Cedar moves more toward a mesquite and coffee is more a bean than a mug are on board, each a bit sharp, but too a bit creamy. Although mouth-feel is lacking some cushion and some moisture. Very nice tobacco continues to star and churn off mainly interesting notes. Finish is a crisp note that at times can be leather, hardwood, cedar, earth, etc -- but always very mainly tobacco.

Burn is even, burn-line medium, ash pale to medium grey and of tight ladder rungs and good amounts of oils. Completely old school cigar, and I'm liking it. It's tobacco, man. It's solid. Let's see what it can do...

ACT I
Change of plans:

Pardon please, my mishegas, and follow me. We're gonna tackle this cigar in a different manner than my usual norm. Tobacco is the primary flavor note. It is backed by earth. An exotic spice array with a mesquite nuance and main component of roasted and fine ground white pepper and black peppercorn, drives the rest of the flavor notes. Those notes are in two categories, each category a splitting up of the natural tobacco primary. These categories are:

Things that can happen to these categories are: charring, coarsing up, or refining, deepening, darkening. But it's a very old school offering and a lot like I'd imagine a cigar was in 1930... I want to say "primitive." That is not meant, however, to denote simplicity. We're looking at nascent complexities -- each note not of its own, but a far more direct character of the tobacco.

Let's try saying it this-a-way. The flavor metaphors we use to discuss the notes of a My Father no. 5, for instance, are 'born' of the tobacco and send out on their way. In this Nat Sherman 1930 offering, they not only emanate from the tobacco, but also reflect back on it so as to showcase it. Just think inherent -- all is much more inherent in the cigar.

I'm failing miserably at describing this, but I'm having a blast with it -- so I got that going for me. Here's another shot: the flavors herein are not capable of being on their own. They are dependant upon the tobacco from begin of draw to end of finish. They are not delineated from the core tobacco, nor each other. They serve only to highlight said core tobacco.

It's all so friggn' cool, gentlepersons. I wish I were a better writer and couuld more fully explain.

At the end of the opening act, mouth-feel is fairly dry and finish is green, as per our plotting. At the far end of it, which is quite leggy, you get a notching up of peppercorn. Ash is darkening and holding. Draw is loosening and I'm getting more smoke and a bit of a char to the mesquite note. Burn unevens a bit, but doesn't look as though a re-touch is around the corner.

I fold my schmatta out on my lap, it always seems to earn more of its keep when I smoke Dominican-centered offerings.


ACT II
Green notes are the crispening mouth-feel, and red notes are the deepening flavors. Primary is and will be tobacco. I roll off the ash of the entire 1/3 and its quite weighty with a thick and well-oiled center and only very barely flaky exterior. Profile wise, flavors and body are medium+ and strength is a nice medium -- gruff as heck by Nat Sherman standards, but still a daylight smoker. Maybe opt to smoke on a quieter day.

I'm beginning to feel as though I'm smoking a history textbook.

At the half, red pepper flakes are coming on and as is a raw sugar or sugar cane vibe. At the end of the middle act, burn wonks and self-regulates. Packing remains unchanged and is actually very impressive, as is all around construction. Draw is medium+, as is profile. Ash picks up a brownish hue.


ACT III
Mouth is less dry now and really -- all is vastly unchanged. Either this 1930 is a very interesting, or a very uninteresting Nat Sherman offering. I err toward interesting insofar as a history lesson and a nice-sized departure from a typical company line. For instance, profile ends at a -full as a toasiness sets in nicely.

NOTES
Not an offering I'd steer an unseasoned smoker toward.
Construction is nigh awe-inspiring.


PAIRINGS
Anything -- but definitely something.

EPILOGUE
9:45
Was this Nat Sherman 1930 really good enough for an A- grading? Sure. Because it's a must-try in my lil ol' opinion. So when I do my Grade A Smokes irregular feature, this will appear therein. Knowing from wherest ya came is quite important. This stick is like your Gramps showing you his baby pictures.

You can, and well should, purchase this fine cigar/history textbook from my pals at Cigars City.