PROLOGUE
6:00ishpm
Mrs. Kap paid a visit to my barbershop today, got a faux hawk Pompadour with a hair tattoo on the side of her head and now I need a new barber. Also, there is talk of her voting in the upcoming general election. Times they are a-changin', for certain. I feel my flexibility in the face of all this, has earned me--

PRE-LIGHT
Tight even seams, not hard veins but a goodly amount of them at the plus side of spider. This happens on an even complected golden tan with an occasional green/black freckle. Cap is a Pyramid whose construction would find the approval of a Pharaoh. Foot tobacco is densely packed and evenly so brown with a reddish undertone and dirty blonde highlights. There's a nice even sheen on the wrapper, and a lightly oiled hand-feel. As for ye oldde Charmin squeeze test, there's a medium firmness with a slight soft spot at the start of 3/3.

Schnozzola time, gentlepersons. I get sunlit hay and up-kept barnyard from the shaft/barrel and notes of citrus and sweet spices get added at the foot. I nibble off the pointed cap and get cold draw notes of very sweet spices, citrus, and a sunny hay backing. There is potentially some cedar there, as well, but I wouldn't bet the farm. This is all on a medium+ firmness of draw.

Toasting the foot sets off an aroma of seasoned cedar and sweet hay with a hint of citrus. Very nice light that shows a nice willingness minus wanting to cause an inferno. First hot draw is sunlit hay barnyard soil earthiness with grapefruit highlights and a sweet cedar influence. Finish is a sweet thing and builds nicely in a carry over of citrus and cedar. Second hot draw is retro-haled to add sweet spices, very flavorful and kind, with a hinted whisper breathe of roasted red pepper. A third draw is all I've already mentioned and toasted a bit more. Plus a slight creaminess enters on the mouth-feel, causing a medium body, flavors this early--I'd say -medium, and strength -medium, as well.

Burn is spot-on dead even with a ribboning so slight, I only make mention of it to flex my critic muscle. Ash is palest grey to medium low-light flecks that are mainly remnants of toasting. It's nicely dense and shows zilch flaking or lilting.

I cannot believe people read these wordy self-indulgent and pedantic reviews. Thanks for that, gentlepersons. Now head on over to Cigars City and buy a lil something.

ACT I
The draw opens to a medium. Smoke out put is medium+ and mellow. Foot-smoke is clean minus sharpness and is a nice simple sunny earthy hay, laced with the dashiest dash of citrus. There is a vague leather there as well, but if it exists, it does so crisp yet softly -- brushed like suede. Burn continues evenly and at a calm pacing. Burn-line is medium. Very crisp yet mellow, highly delineated flavors.

Finish is: nominal and short-legged but sweet with cedar and a lightly toasted vanilla that interestingly appears nowhere else in this offering -- yet, anyways.

Mouth-feel is creamy with a fantastic moisture level.

Ash clumps off on my schmatta/hankie laden lap at a mere 3/4" surprise and is quite powdery and warm to the touch.

Red pepper amps up but remains kind on the retro-hale. There's a dry note that I believe is coming off a hardening of leather notes. Sweet spices step up to a stride below red pepper, but offer a nice enough counter-balance. The burn unevens post-clump, but then evens itself out two puffs post that. Profile is -medium in terms of body (as the cream subdues a notch) and flavors. As to strength, it barely registers a light+. Don't mistake this Valentia as a weak smoke, however, it is decidedly mellow and kind with no shortage of flavors which remain nicely in step with its profile. Freight trains: 3. Run-a-way Freight trains: 0.

Grapefruit sweetens and picks up some darker pigmentation. Leather remains supple. Center stage are the spring day tobacco barnyard hay notes seasoned with sweet spices like a pie cooling in a windowsill. Red pepper stays kind and on the retro-hale only. I recommend retro-haling often, as it adds a nice dimension. Cedar comes and goes. Vanilla takes further rest. Creaminess is on the tongue alone as a mouth-feel and not quite a flavor note.


ACT II
I feel somewhat as if I'm sitting on a cedar bench in a sunlit English Garden. I feel as though I shouldn't be feeling that way. The band of this Valentia offering is a war-like thing on bold burgundy. Perhaps I am on leave. Perhaps I avoided the draft by wearing this floral pastel dress. The one thing that's lacking is the finish. Mostly ruby red grapefruit and light cedar with the thinnest hint of white floral notes and sweet spices. Very almost not there. Quite the hinted at affair.

Construction has loosened noticeably, but holds form. Burn continues its calm pace. Smoke output thickens and whitens and is a pleasing -full. Foot-smoke is unchanged. I'd say the torpedo shape is a brilliant touch, to funnel in the light flavors and strength. Ash looks a tad drier.

At the midway point, a retro-hale surprises me with sweet spices overtaking red peppers and an introduction of a separate and more sour citrus note -- a clean lemon. It's nice, but it too cleans away an already thin finish. Peppers are white now. Leather is back to suede. Creaminess is a barely holding on clarified butter. Smoke warms a tad and pleasantly so. Cedar roasts and subdues to a distant background.

Profile is a medium now, sans a still lagging (I ain't complainin') -medium at 'best.' Ash clumps off again without warning and might have made an inch. It's center is a bit more oily, but it's vastly warm powder and is a shade darker. Burn-line thickens to a medium. The smoke is drying a bit on an introduction of very light graham and a dry roasted amber malt. Hey! Strength is suddenly medium, I'm made to realize as a sideways glance off my porch woozes me wonderfully and I'm a hair farmisht -- which is a lot like dabbling in fanaticism. Smoke output amps up in a gentlemanly manner. Foot-smoke sharpens as a toasted nuttiness arrives.


ACT III
The biggest muscle thus far has been exhibited by the Indonesian binder and its corralling of the partially Nicaraguan filler. I believe that's also where the kinder version of cinnamon originates and come to think of it -- floral notes are back on board in their previous white fashion.

Ash clumps again at a half inch and its like it cares nothing for the welfare of my well-placed schmatta. Graham comes on in a more pronounced but subtle way. Construction is a pleasure.

Pleasure. smoking should be a pleasure and not a 'flavor bomb' or nicotine challenge. I have balls. They're right here under my pretty dress. I shouldn't have to prove it. This Valentia offering provides that nice and simple pleasure. Still, I'd kill -- or hike up my dress -- for a leggier finish. All notes remain as previously prattled on about, plus there is a returning bit of red pepper on the white pepper heightened retro-hale. At the band mark, the smoke remains cool. There is a very pleasant and quite mellow tobacco on my palate. It has golden hay notes and is now a bit yeasty in addition to faint malt. A very light honey attaches to the floral notes.

Burn is even till the cows come home and the comfortable with her body image non gender specific person doth sing.

NOTES
Nothing earth-shattering, but what thing is, and is also this garsh-durned enjoyable? A caveat you may wish to be mindful of, is a rather high sticker price. This guarantees a primo construction a pleasurable affair, however, as I cannot imagine a dud in a box. Especially when there are ten sticks per.

Lemonade. Blonde coffee. Chai Tea with plenny 'a froth and a dash of nutmeg. Handicapping the next day's dog races at Derby Lane. White chocolate.

EPILOGUE
7:20pm
Now if you excuse me, I need to see to that fourth pairing option... 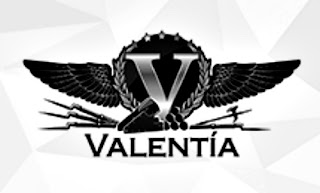 PS: I should add that in my small dealings with these gentlepersons, they have been nothing but friendly, professsional, and courteous.