BLACK LABEL TRADING CO. DELIVERANCE NOCTURNE
Black Label Trading Company has shipped its 2017 annual Deliverance Nocturne release. In 2015, the blend debuted as an L.E. Deliverance line extension. It sees a Nicaraguan Habano binder laid twixt PA and Nicaragua fillers and a PA Broadleaf top-leaf over-top. These are natch being rolled at James Brown's Fabrica Oveja Negra factory in Nicaragua. This year's formats mimic last year's in Salomon Snub Nose and Short Salomon Snub Nose, plus a new Perfecto. They're housed in boxes of 12, 18, and 20, respectively. The usual black packaging. Skulls/skeletons, too. Vague Catholic-Occult stuffs. Sticking to schticking works for me.


VILLIGER CIGARS LA LIBERTAD
Villiger Cigars announced mid-week that their La Libertad offering has been repackaged to now be presented in a sleeker box. Bold too, RED. And black. Sleek? Black? Red? 1990s-lacquered-cocaine-coffee-table or Ninja!!! This to mimic the bands which for some reason didn't-so in the original box. The cigar itself hit the Cigar Aficionado 2016 Best Buy list and too somehow landed in the Cigar Snob Top 25.

The Villiger La Libertad is rolled in the Dominican Republic to the tunes of Robusto, Box-Pressed Torpedo, Churchill, and "Masivo,' a 660 Gordo. Its guts are Dominican and Nicaraguan, laying underneath a Brazilian wrapper.

VILLIGER CUELLAR CONNECTICUT KREME
More Villiger Cigars (not a sponsor) branding updates. The company has added their Villiger (not a sponsor) nom de Tobacco to the Cuellar cigar brand. Say hello gentlepersons, to the Villiger (not a sponsor) Cuellar Connecticut Kreme. The thinking is that now customers will better ID product. This mild-medium offering's rolled in the Dominican Republic with a Connecticut Shade top-leaf over-top DR binder/filler. Four sizes are offered: a Robusto, Toro Gordo, Churchill, and Torpedo.


NICK & JIM’S P.B.E.
Originally unveiled as Lavida Isla, a collaboration from Nick Syris of LH Premium Cigars and “Island” Jim Robinson of Leaf & Bean, will begin shipping in a matter of days. After being renamed as Nick & Jim’s P.B.E. (Pre-Band Edition). This apparently to make lemonade from some sorta lemons. As to the blend, it's offered in a single 654 Toro format of a blend consisting of Ecuadorian top-leaf, and I can't find more info. Originally birthed as an L&B exclusive, the duo decided to release it to other accounts. Robinson's distribution company will distribute.


GILBERTO OLIVA, SR: DEAD AT 86
The Oliva Cigar Co. founder has died. May his memory be for a blessing.

With familial tobacco roots in 1886 Cuba, Gilberto Oliva fled there during the Cuban revolution to begin work as a tobacco broker in Nicaragua. In the 1970s, because of another revolution, he fled there as well; returning in '95 to start his own self-named brand. Post-boom, he shifted focus to growing, prolifically-so. Retaining those operations even when all else was sold to J. Cortes last year. Cigar-wise, in 2006, with the launching of the Oliva Serie V, brand met map. Soon-after, the NUb, and Cain revolutionized the traditional mother-brand, and the industry writ large. In a score's-time, the company became one of the largest; Esteli cigar and box factory, to boot. 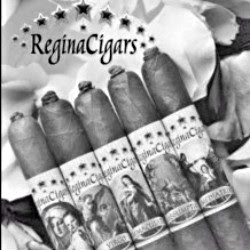