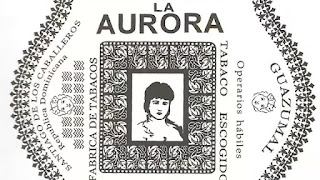 PROLOGUE
8:45am
I must confess, there are times I've no clue what to write here.

Purchased (Pa-tooey) at my local B&M
They really put the Bowel Movement in Brick & Mortar.

PRE-LIGHT
I prefer my bands with gold leaf on them, and to not hail from Britain. Bingo here, two for two. I also like the crisp linear design on the almost but not quite traditional band shape. The lion bugs me -- looks chintzy. White background, name of cigar in gold leaf -- I use the term loosely, I know. Band removes sans incident. Complexion is light cocoa and undertones are orange-yellow in certain places more than in others, making the complexion quite an uneven one. There are some darker freckles at play, too. Seams are quite visible as the uneven complexion highlights them, but too the seams seem seemingly even -- a vein up in the final third pokes one out of line. As to these veins: there's a good amount of rigid those. Nice amount of spider veins, as well. Tobacco at the foot is a rosy under-toned cocoa with matte finish and nary a highlight. Looks like a medium and quite even packing. Slight traces of sheen are on the wrapper. As much tooth as you'd likely see at a Willie Nelson concert (read: none).

Charmin test squeeze reveals a medium and evenly so density with nice spring to it. Hand-feel is veiny and soft but not supple. No oil to speak of. I gotta say, I've been digging the corona size. Many blends I've tried in various vitolas taste their best in a Corona. The reason? A good deal are taste-tested in that size. The more ya know. Anyways...

Schnoz notes on the shaft are mildly hay and white raisin. At the foot, there is a medley of sweet and slightly warm spices with a floral almost minty grass note. Very clean. Nice. I Old Timer off the cap and a cold draw shows more raisins, red now, and a tart yet not sour citrus note that's maybe red grapefruit. Kinda has a fancy pastry vibe. dead medium draw resistance, by the by. Another cold tug leaves a citrus crispness on my tongue, which has an inherent sweetness to it. The flavor, not my tongue -- but, ya know...


LIGHT
Nice sweet hay aroma and perhaps some hardwoods are released on toasting the foot. Kinda low-key. First hot draw is crisp cedar, grass which has a slight floral nod, and raisin maybe a tad candied. That's not pepper on the retro-haled second hot pull, that's seasoned cedar. With perhaps some light baker's spices. The cedar drops to the palate and catches raisin. All this is on the grassy somewhat floral backing that also involves some dry dirt. Third hot one is a nicely mature sweetness inherent in the raisin notes and cedar primary. Secondary is the grasses. Backing is now dirt. Nice -- it's like looking at a pastoral painting. Ya know what? I forgot the hay; it's mainly on the foot-smoke and room-note, both of which are of medium volume and kind. Sharpened yet kind cedar is in both, as is a sweet component, we'll say raisin again. Very raisin-y, this Fernando Leon. Very nice.

Ash ladder rungs on tightly in light grey to near charcoal rungs which build slowly. Burn is a bit wavy but nothing disabling. Burn-line is near razor and if it cleans up, it will be. Construction and draw hold true. Profile is a raher dull light+ Not a lot of flavors or body, zilch in the strength department. What is there is nice, though. I heart raisins. I assume them to be made from Kosher grapes. Shut up, you.

ACT I
My schmatta/hankie!!! I forgot my schmatta/hankie!!! MY SCHTICK!!! I run into the house and up the stairs and grab one. Pocket it and book it downstairs. My wife stops me. "Blah blah blah blah." She says. Some more blahs...I finally break outside, musta been almost five minutes. I sit at my folding snack tray desk and take a pull -- it's been waiting for me and fills my smoke-hole willingly. Nice.

No change in flavor notes. Perhaps they slowly dance around each other, perhaps they occasionally change leads and partners, but it's simply cedar, raisin, floral grass, and dirt. Very OK. An easy early day smoke, although it might not stand up to your coffee, sir. It would pair better with yer tea, ma'am.

Construction notes are as unchanging as flavor notes and be nice to whomever smokes this, gentlepersons -- they say people in a coma can hear everything you say. The smoke is slow and the output a very kind medium+ volume. It's really a very nice offering, this Fernando Leon -- it does nothing wrong, although I would love to see it do more right in --


ACT II
Burn is now nuts even and burn-line is razor-thin. Ash pales a tad and firms a tick. A white pepper sidles up to the seasoned cedar and is nicely and calmly roasted. A cinnamon rises from what I schnozed at the onset. A dose of orange peel. We're at a rather early transitional stage. The ash hasn't made it to an inch yet, and most likely will not.

Now there's a yeasty dough backing with a honey note in it... honey cake! Hot darn. The raisins cling therein as does a very loose sugar cream, almost a thin icing on the cake, if'n ya will. Other than that, the seasoned cedar holds and floral grasses grow around it, there's a white pepper there, as well. The backing of dirt is stil quite there, but muted in comparison. Finish is medium+ legg-ed and mainly sweet with a dash of not. Very cedar, very cinnamon raisin bread. Now that the burst of honey left, actually, and with it the sugar burst of icing, the draw is quite raisin bread-ish as well. Mouth-feel is perfect moisture and a mature and classy cream softness.

We're rapidly falling out of transition half of the way through the second act. Flavors are settling in a very delineated manner, not simply mottling. That was a blast! Construction came through absolutely unaltered. Very well done. I'm applauding, but you cannot hear, for I am wearing fingerless gloves. Also: you are reading this.

I can't say as it ever got complex, or even overly nuanced, but it was indeed quite lovely. As we continue to settle, it seems we're coming back to four notes now of cedar, grass, raisin, and white pepper. The earth backing is replaced by a yeastiness that carries the notes a notch higher. The finish isn't longer, but it is more full. Profile is a good medium, but still toting negligible strength.


ACT III
The ash is flowering a tad, and since it's a half inch long, I don't expect much more and roll it off. There is a touch of icing left on the end of the finish. Maybe a lightly sour dry white wine tang at the opening of the draw -- but just a flash of it, and it's sweeter than it normally appears. Flowering of the ash continues, but not horribly. Burn strays a bit at a vein I believe I made mention of earlier, I can't be for sure though, as I do not read this drivel. Room-note has sweetened a notch.

I touch-up lightly to get past the slight hiccup, a small tear is smoked through cleanly. I believe what we gots is what we gots now, gentlepersons. I'm gonna ride it on out nicely. Hold on -- touch of light brown leather as I reach for a toothpick.

NOTES
A somewhat narrow profile, but not boring. Actually, if plays fantastically on a quite small playground. As a city kid, I can appreciate that. Might perhaps become tedious in a larger size/longer smoke. Even in a Corona, it was not a short smoke, time-wise, at all. I'm actually surprise what my clock says -- and even more surprised I can understand its Japanese.


PAIRINGS
I'd say nothing, not because the Family Reserve brings so much, but because it brings the little it does, quite mildly. You over-ride one note, and yer SOL, gentlepersons.

EPlLOGUE
10:35am
A nice way to spend the morning. Now, if you'll excuse me gentlepersons, I'm off to Walmart to score some Manischewitz Concord Grape kosher wine. Livin' da dream -- just not sure whom's.